Sumitomo Rubber Industries, Ltd. is pleased to announce that Team SUBARU Tecnica International will be competing in the upcoming 46th ADAC ZURICH 24h-Race Nurburgring (commonly known as the 24h-Race
Nurburgring) in a SUBARU WRX STI racecar outfitted with high-performance FALKEN tires. One of the largest touring car races in the world, this year's 24h-Race Nurburgring will be held from Thursday, May 10 through Sunday, May 13 in Nurburg, Germany. 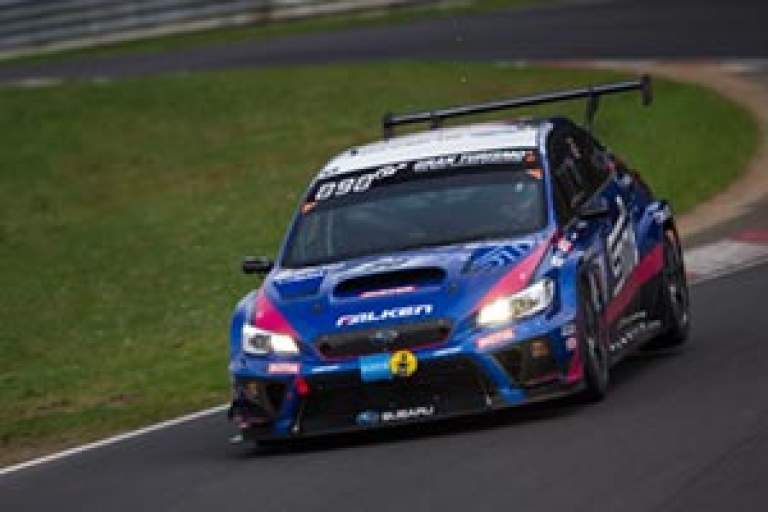 Team SUBARU Tecnica International won consecutive championships in the SP3T Class in 2015 and 2016. This year, Team SUBARU Tecnica International is gunning for their fifth victory in the SP3T Class to date, competing with a vehicle that features an even more powerful engine, enhanced braking performance and is outfitted with advanced FALKEN tires that provide better-than-ever grip performance when driving at lower temperatures.

Taking place at the Nurburgring, which is also famous as an R&D test track for automobile and tire manufacturers, this 24-hour endurance race is considered by many to be the world's toughest race. At 25km per lap, the race makes use of the Nurburgring's full course, combining the North Course (Old Course), which features an elevation difference of 300m between its highest and lowest points and about 170 corners (including blind corners), and the more modern Grand Prix Course, which was also previously used for F1 racing.